There have been some major changes recently to the appearance of the simulation. I’ve gone through great pains to learn physical rendering techniques in an effort to eventually model how atmospheric compounds affect climate. Those two topics might not sound interrelated, but it turns out they share a lot of the same equations. 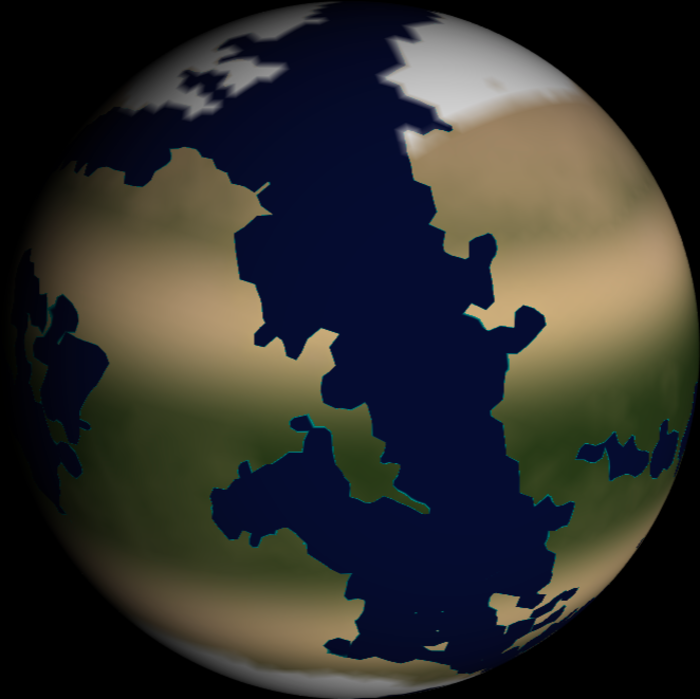 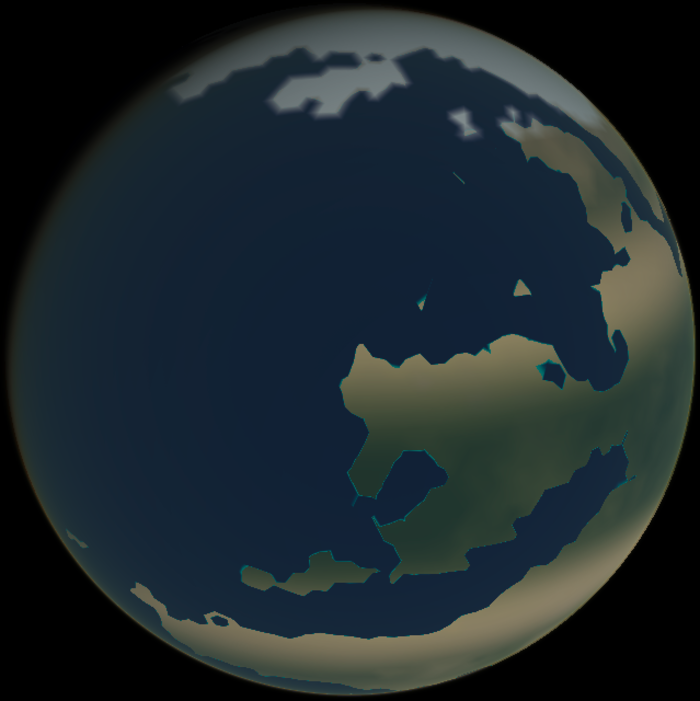 What I want to discuss today is one particular aspect of this new rendering model: atmospheric scattering. Zoom into a planet really close and you’ll see how the atmosphere forms a haze: 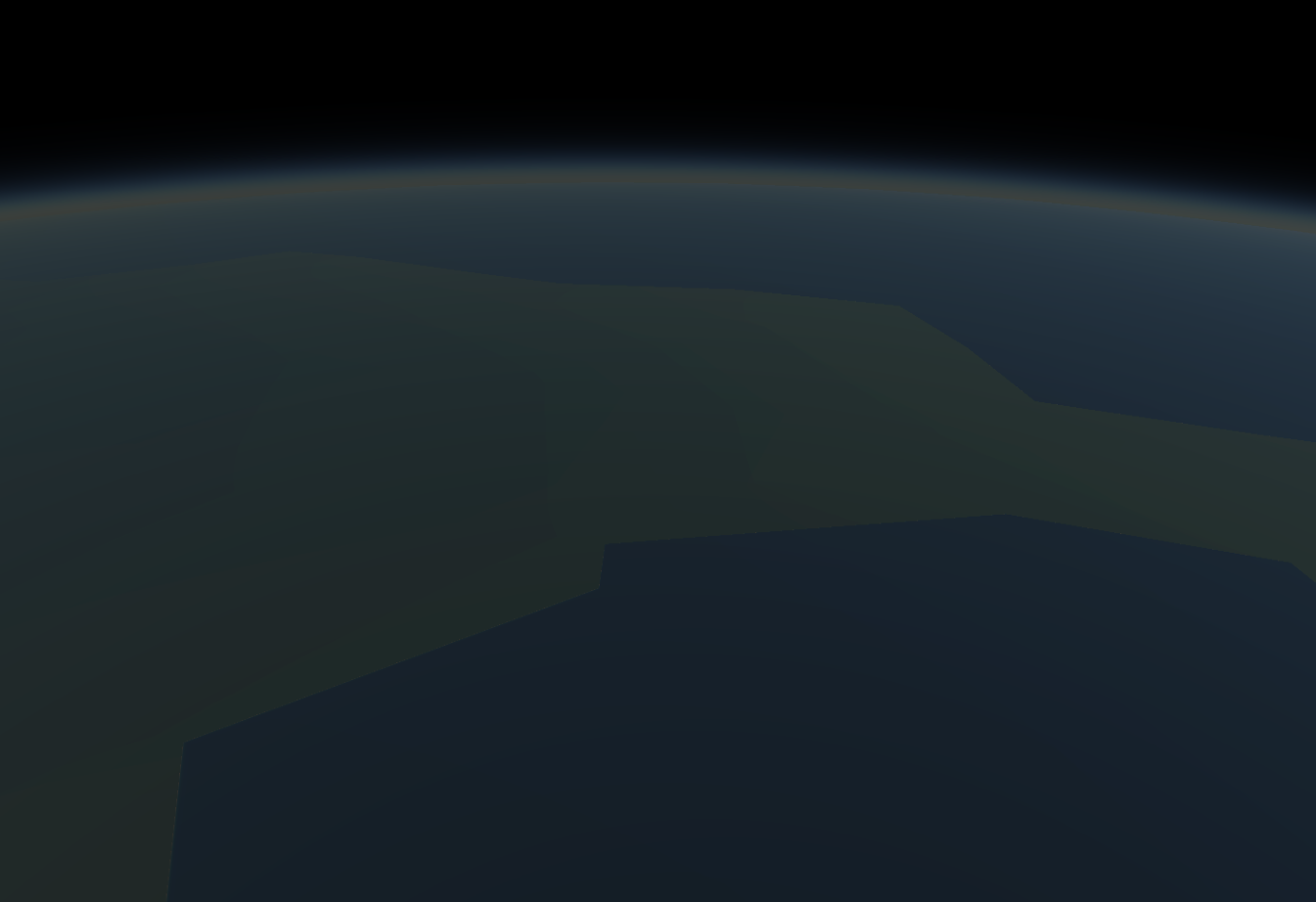 How does it do this? Well, it’s a long story, and I won’t describe it in full detail. There are already plenty of resources available online that teach you how it’s done. I highly recommend reading Alan Zucconi’s series on atmospheric scattering, if you’re interested in the topic.

I pretty much use the same technique as Alan Zucconi, but there is one significant improvement I made that I want to talk about. This was an improvement I made to combat performance issues when rendering with multiple light sources. Tectonics.js has a nifty feature where it samples light sources from across several points in time. This is done to create a “timelapse” effect when running at large timesteps.

You will notice the implementation above uses two nested for loops. What if we added support for multiple light sources? We would need to add another for loop:

We now have three nested for loops, each of which might run about 10 iterations in our use case. We’re looking at something on the order of 1000 calculations. That’s 1000 calculations for every pixel, for every frame. This is madness.

So is there anyway we can pare this down? Can we eliminate one of the for loops?

Well, fortunately for us, this code is not very well optimized. We need to consider what we’re doing here: we’re summing up the mass that’s encountered along a series of infinitesimally small steps from “A” to “L”. In essence, we’re calculating an integral.

To be more precise: we’re trying to find the integral of density from points “A” to “L”.

Here the density `rho` is defined by the Barometric formula

where `H` is the scale height of the planet, and height `h` is defined by the distance formula minus the planet's radius `R`

So all together, we’re trying to solve:

Solve this integral, and you will be able to completely eliminate a nested for loop from your raymarching algorithm. That’s a factor of 10 performance improvement!

If this were a college calculus course, you might think to use integration by substitution. This results in the following expression:

However this produces bogus results when the ray just barely grazes the planet, such that `z approx R` and `x approx 0`. This is because the height changes very little in these circumstances, so `h'(x) = 0`. In essence, we divide by 0, and results near this singularity will look unrealistic.

For my implementation, I define the "top" of the atmosphere to be 6 scale heights from the surface. Under these circumstances, I set `b = 0.45` and `a = 0.45`. I find this gives pretty good approximations for column density ratio given virtually any realistic value of `z` or `H`. See for yourself: follow the link here and adjust the sliders for `H` and `z` and see how close the appoximation (red) gets to the actual column density (black)

Lastly, if you’re interested in borrowing some of my code, check out raymarching.glsl.c in the Tectonics.js source code, or just copy/paste the code below: